You know how they say your favourite book or film doesn’t have to end well. Art is a reflection of life and life’s stories seldom end on a high… But these stories have to end well, you see. For in turning the last page, her heart in her throat, or sitting alone in an empty dark room long after the credits for the film were shown, she carried a little bit of those few hours home, and then again unknowingly she tried to be a little like her favourite story on screen; or maybe swore to someday taking a trip to the very place the story had unfolded. And in tracing those steps years later, believing it to be the place where everything worked out in the end, a hope she couldn’t derive from where she came. The empty cottage and pine trees smelled of yellowing pages and late nights. No matter its story, she gave it a new one, that girl at the movies, living the story played out in front of her; found closure at last, from the longing that had risen years before when she had turned the final page. And another story ended well.

These stories have to end well, you see. 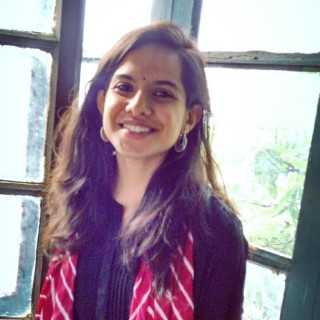 “As a child, yearning to leave home and go far away, the image in my mind was of flight – my little self hurrying off alone. The word “travel” did not occur to me nor did the word “transformation” which was my unspoken but enduring wish. I wanted to find a new self in a distant place, and new things to care about. The importance of elsewhere was something I took on faith. Elsewhere was the place I wanted to be. Too young to go, I read about elsewheres, fantasizing about my freedom." - Paul Theroux “The Tao of Travel” And that is the kind of life I wish for - replete with travels, full of varied experiences that take my breath away, a million memories I can reflect upon, priceless pieces of art to immerse myself in and always have dreams to rely on... The only form of education I believe in is work-experience. Lessons from life. The job I would be proud of doing is being there for those in need, learning new skills, trying a hand at all sorts of different things! The only reward is knowing you're a better person today than you were yesterday, knowing you've made a difference, knowing that you matter.. Though I cherish the old, I'm most moved by new experiences, emotions, relations and explorations!.. My biggest pleasure is indulging myself in books, movies, music, performances, paintings, short trips, conversations and art, as such. And I'm that. I am, in parts, the books I read, the movies I watch, the people I meet, the conversations I have... Anything that comes from the heart, strikes a chord with me. And I believe in giving myself to each of these experiences wholly... Here's my story, and i would love to be a part of yours too :) Cheers!